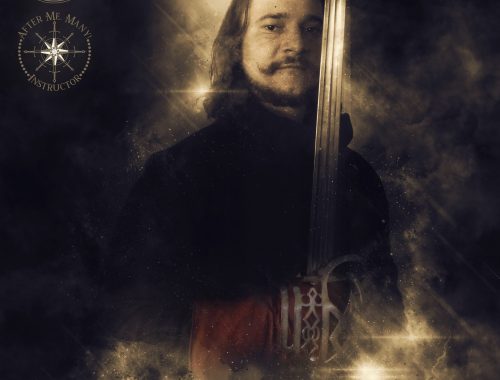 While going to college for civil engineering, Adamo began to develop the interests that would eventually lead him to Palm Beach Sword School. He enjoyed learning about and practicing wilderness skills, the maintenance and use of weapons and tools, functional fitness, and survival medicine. He would eventually join a local foam-fighting group and enjoy the focus on historical culture and techniques this particular group promoted. A duelist and frontline skirmisher, he preferred to stick to realistic techniques and loadouts over the prevalent sport fighting style, fully aware that the latter was more effective for the game being played. Aside from combat, Adamo supported the group as a light field medic and bard who helped develop and run combat technique, teamwork training, and physical conditioning programs.

Adamo joined Palm Beach Sword School in January 2020, at the suggestion of a good friend. He began the process of becoming an instructor at his very first opportunity. The four years he had previously spent as a high school math teacher showed him that teaching is a great way to solidify one’s own skill and knowledge. Adamo enjoys teaching and learning at Palm Beach Sword School in equal measure, and revels in any opportunity for sparring. He is always excited and eager to expand his weapons repertoire, but the versatile and scrappy nature of the classic Scottish Highlander loadout of targe and dirk with broadsword holds a very special place in his warrior’s heart.